The 4 Types of CEOs

Different strokes for different folks, the old saying goes. Perhaps in no arena is that more true when it comes to the leadership styles of CEOs. And while there are many different combinations of leadership styles and traits that figure into different C-suite leaders, we’ve distilled them into four essential archetypes of CEOs.

This isn’t their first rodeo. More often than not, the Entrepreneurial CEO has either founded the company they are now leading, or has launched another company in the past.

That act of creation shapes the way they lead. They’re the people who have often stayed up all night, working weekends to get their ventures off the ground. They know how to make things happen.

An analysis published in the Leadership & Organization Development Journal by Athens University professors found that when compared to professional CEOs, managing entrepreneurs typically conduct themselves with less calmness and self possession, which can impact their direct reports.

Like Mel Gibson in Braveheart, these types of CEOs are big on inspirational speeches, vision and leadership. In an essay for Medium, Alex Schiff, the co-founder and CEO of the note-taking app Fetchnotes, says Braveheart CEOs are the: “type of people you want to believe in, even if you have doubts. They frame everything they do in terms of changing the world…This CEO is incredible at attracting employees and investors, and keeping them motivated too.”

Unlike the Founder CEO, though, they don’t do nuts-and-bolts tasks well. They are delegators by nature, and lean on others to accomplish signature initiatives. Their vision for the company is dependent on trusted advisers who can help ground their 30,000-feet whims.

The Athens University study underscored how important articulating a clear vision is to the success of any type of CEOs, but this is the Braveheart CEO’s bread and butter. But corporate success, according to the study, isn’t successful unless the vision-based CEO also learns to become a mentor to build the quality of his or her management team.

Steady and true with their hand on the proverbial plow, these are CEOs who have led more than one other firm before. They are so-called professional CEOs. They’ve made mistakes and learned from them, and as a result, often see themselves as conservative custodians whose responsibility it is to steward the company well, for however long a time they are in charge. They are moderately involved in the firm’s day-to-day operations, but not nearly as much as the Entrepreneurial Founder or the Braveheart.

Often, the Custodian CEO is installed as a caretaker of a company after a buyout. Academics from University of Chicago’s Booth School of Business, Ziff Brothers Investments, the Columbia Business School and NBER studied the traits of more than 300 CEO candidates in buyout and venture capital transactions. They found that the success of buyout CEOs is often related to their “execution, resoluteness, overconfidence-related skills than to interpersonal-related skills.” 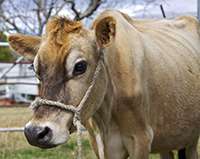 Inveterate leaders, these CEOs are growth-minded, and see their task as preparing a company for growth-mode, if not for immediate sale. Like Custodians, they are resolute, and better leaders and listeners. But they are even less likely to be involved in the day-to-day than Custodians.

According a 2010 Booz & Company analysis, they are part of a “holding” model of management, “much like a financial fund manager oversees a portfolio of investments.”

Booz suggests: “They are primarily interested in results, not in how the results are generated. The corporate core establishes and ensures managerial and financial discipline. Holding company chief executives are a level removed — they focus on portfolio management while the second-tier executives run the businesses. If there is a problem, more often than not, its fallout is felt at that second management tier.”

To what type of CEO do you report? Have you experienced different types of CEOs that we’ve missed?

How CFOs and CEOs of Different Stripes Can Communicate Better
CFOs Say Their Role Getting Broader, More Important: Survey